It is easy to see why a marketing medium such as OOH (out of home) media, whose origins stretch back to as early as 1835, could initially be seen as a more traditional form of media, some might even say outdated. It is a medium we all recognise and have early memories of, and one that rarely generates the same buzz surrounding it that the Metaverse, and AR and VR technologies often create. But do not be fooled into underestimating the power of OOH marketing. As the world has been digitalising, OOH media has been advancing with it. Where you once had to change OOH content manually after a month or so of it being up, digital billboard content can now be changed instantly. Content can be tailored depending on times of day, locations, and even the weather. The OOH media of today is agile and responsive, and because of this has the ability to be highly targeted. 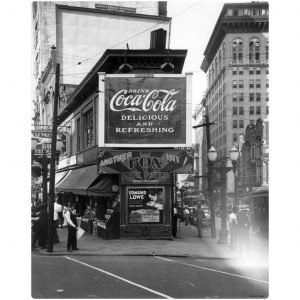 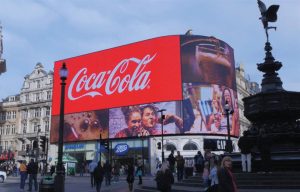 Take our work with NewcastleWorld for example, a sport centred news website that came to us wanting to raise their brand awareness ahead of Newcastle United’s home match against Aston Villa. During a time when football fever was rife, with news of new player signings such as the highly anticipated Bruno Guimarães hot on everyone lips, we utilised digital OOH media to place NewcastleWorld at the forefront of fans minds, before, during and after the big game. 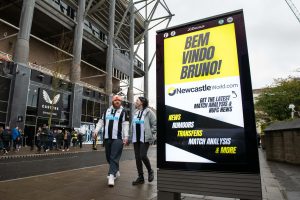 By using anonymised mobile network data to identify Newcastle fans, and where they had travelled from on match day, we were able to create a hyper-localised campaign bespoke to our audience and their interests. Data insights and map-centric modelling provided valuable insight into the most effective places (such as transport hubs and commuting points) and times (like kick off, goals, post-match etc.) meaning that we were able to strategically target our customers, dominating the city for a fraction of the cost of a traditional media buy. Simply put, time is money – so we shared our ads at key times with the greatest likely level of consumer engagement. 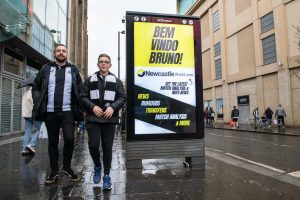 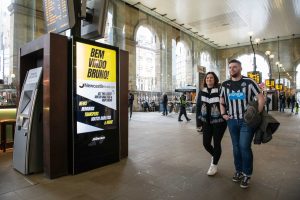 OOH media can also go hand in hand with other forms of marketing. Capitalising on the success of our campaign further – we continued our targeted approach by re-engaging these same consumers with proximity ads after the match – so that once they were home, and had more time on their hands, they were reminded to visit the website. We have likely all seen Specsavers’ reactive OOH ads, or Butterkist’s controversial ‘Here for the Drama’ OOH ads positioned outside of Parliament during the highly criticised ‘Partygate’ scandal. But it is not just big brands who can reap the benefits from topical OOH media. Our one-day NewcastleWorld takeover led to an impressive 219% increase in organic traffic to the news website, a record topping day for page view performance, that ran on over 200 screens that day. The brand celebrated this as a “a significant win for NewcastleWorld, both on and off the pitch.” 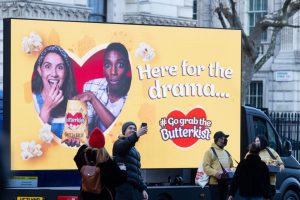 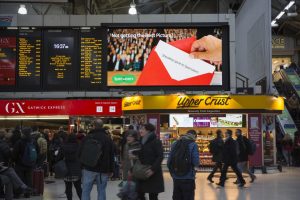 In a time where you can access live information in real time with a click of a button, audiences are becoming less patient than ever – craving relevant and personalised content. With enough adverts talking at consumers, a few more talking to them would surely not go amiss. The possibilities of OOH media are vast and exciting, as innovation is helping to make the medium as relevant and engaging as ever. Move over Metaverse, because OOH ads are here to stay.

Interested in working on a similar project with Bonded?
Don’t hesitate to get in touch at hello@bondedagency.com